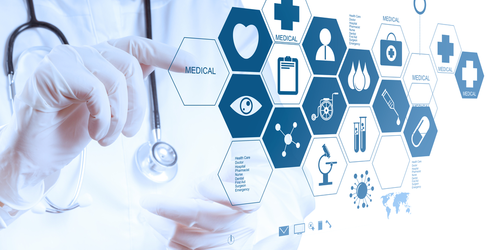 Medical translation is one of the most in-demand areas of translation that is required by medical equipment manufacturers, clinical research labs, pharmaceutical companies, healthcare providers of every kind as well as translation agencies. Medical translators are usually expected to have graduated from a medical school and worked in the medical field, be it a hospital or a medical research facility, for a number of years, and thereby having the right credentials and experience (holding the title of MD).

As a field of translation, medical translation is vast and it includes a lot of subfields such as cardiology, pathology, dentistry, medical devices etc. As a nomenclature, however, it seems to include a wide spectrum of disciplines that might be associated with life sciences, and thereby thought of independently of medical translation such as clinical research, biology, pharmacovigilance and pharmaceutics in general.

As mentioned earlier, being a graduate of a medical school is a huge plus, and sometimes considered as a precondition for translating medical and life sciences texts. However, having been in the translation business for more than 12 years and having proofread the texts translated by those who claim to hold MD titles, I can safely say that medical translation is an acquired skill like most fields of translation.

With the exception of a handful of private universities and some of the elite state universities, medical education in Turkish state universities is still, to a large extent, provided in Turkish language. While a great portion of medical and technical terminology is imported into Turkish language directly from English or mostly from Latin, and this helps a lot in terms of getting the right terminology when translating, the absence of a medical curriculum taught in English calls for a great need for translation of medical literature and reports among Turkish healthcare providers.

Being the son of a surgeon who received his medical education in Turkish back in the 70s, I am able to observe this fact first hand. I often ask my father medical questions when I am working on medical texts, and he always gets the terminology right (because almost 90% of entire English medical terminology is imported/adopted, or rather adapted, into Turkish by simply changing the pronunciation of the terms), but not being able to speak English, he can’t read the texts and make the necessary associations. But he does help me a lot with his expert knowledge in the field, and this is what, under normal circumstances, translation agencies and healthcare providers require from a bona fide medical translator.

As mentioned above, and owing to the fact that Turkish is a relatively young language (Turkish scripture was introduced in schools in 1928, meaning less than 100 years ago!), almost all of the medical terminology used in English is pretty much transferred into Turkish with slight variations (to illustrate this point, the term “Adolescent” is translated as “Adölesan” in Turkish, written as it is verbally pronounced in Turkish). However, it should be noted that the term “Adolescent” can be translated as such only as far as the context is medical. The more accepted translation of the term “Adolescent” (if the term is mentioned in an educational or psychological or literary text) is “Ergen” in Turkish. Therefore employing the term “Adölesan” in a Turkish marketing text would sound absurd just like using the term “Ergen” in a medical report would sound confusing or out of place to a medical professional.

Therefore getting the right medical terminology in Turkish by remaining faithful to its original counterparts in English is vital in Turkish medical translation. This is where the majority of terminology and style related translation errors occur. Some translators, either unaware of the professional use of such adopted terminology or resentful of foreign influence in Turkish language, deliberately opt for generally accepted terminology when translating medical texts (as in the case of “Adölesan” and “Ergen”), and this results in major stylistic issues in medical and pharmaceutical texts.

Do You Need a Medical Doctor to Translate Your Medical Texts into Turkish?

The answer is no. Of course, in an ideal world, it is desirable to use the expert knowledge of a medical doctor, however since, as a profession, medicine is more financially rewarding and perhaps (from a medical professional’s point of view) more fulfilling than translation itself, one would be hard-pressed to find real Turkish medical pros leaving their profession in favor of translating medical texts into Turkish. There are, of course, myriads of medical school graduates taking up medical translation jobs, however given the current state of medical education in Turkey one should be extremely careful and selective when hiring such novice translators.

Online research, acquisition of right terminology and employment of correct style are vitally important in translating medical texts into Turkish, and such skills are only acquired through on-the-job experience/learning and steady flow of work in the field.