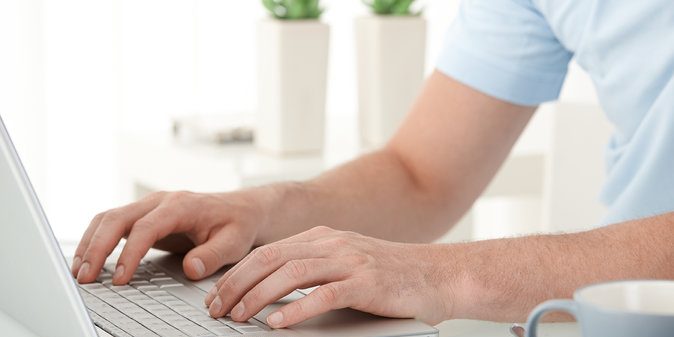 Translators are often asked to take test translations to demonstrate their knowledge and skills in a particular subject matter before being considered for a project or included in the database of a translation agency. To avoid confusion, this article discusses the paid or, more commonly, unpaid test translations that are ordinarily required by Translation Agencies as a means of evaluating a prospective freelance translator’s competence during the onboarding process. And for the purposes of this article, the onboarding process herein solely focuses on language pairs for which there is relatively little demand in the current European translation industry (pairs such as English to Turkish or Dutch to Thai, as opposed to more popular language pairs like English to German or French to Spanish).

Due to the reasons explained below, test translations required by translation agencies are an inherently flawed method of evaluating a translator’s competence and knowledge, which more often than not results in waste of time and effort, not to mention waste of money if the test is a paid one.

Agencies asking for a test translation during the onboarding process (which, should be noted, is the ultimate make or break for the potential translator seeking employment) have such tests evaluated by their regular translators. This, in my opinion, is the most important flaw that determines the fate of the newcomer and leads to a very serious ‘conflict of interest’.

I’m not suggesting that the regular translators of an agency (who are the freelancers working remotely for an agency on a regular basis) are all incapable of evaluating a test piece fairly and impartially. A large majority of them working in major language pairs (such as DE>EN, EN>DU, EN>PR etc.) are probably capable of doing that, but the years of experience in dealing with agency test translations in my language pair (English to Turkish) has taught me that the translators working in less popular language pairs (such as English to Turkish), where jobs are hard to come by, tend to be unreliable assessors, especially if they have a financial relationship with the translation agency asking for the test.

Simply put, they (for the sake of argument, let’s say a Turkish translator working for a Danish translation agency) usually do not wish to see competition for scarcely received jobs in their language pair. It’s ultimately up to them to nip the efforts of a newcomer in the bud and feel secure until they are asked to assess another test piece. It is next to impossible for a PM or the owner of a Danish translation agency to verify the changes or corrections made by their regular Turkish translator to be able to respond to the claims of the test taker, and thus they have no choice but to take their regular Turkish translator’s word for the quality of the test translation. Whereas, if the test was taken in English to Danish, or perhaps English to Swedish language pair, the PM would be able to tell whether or not the assessor has been truly fair and accurate in their assessment.

In any event, the task of assessing a test piece, which has a direct bearing on the chances of one’s employment, should be entrusted to an impartial third party assessor who has no financial relationship (and therefore no ‘conflict of interest’) with the translation agency. This means employing and, thus paying an outsider, which translation agencies very rarely do. They seem to justify their point of view by saying that they trust their own regular translators, but, as discussed above, this carries inherent risks for the potential newcomer.

A Number of Specializations Determined by a Single Test?

Translation agencies usually give the test taker the opportunity to choose the subject matter in which they will be tested. A potential newcomer may specify a number of subject matters but they are tested for only one of them. This means that if the test taker passes his/her test by translating a marketing text, he/she can be added to the agency’s database to be contacted in the future for a medical or legal translation project if they have ticked both medicine and legal as their areas of expertise. There is little point in arguing about the relevance between marketing and medicine or law. A translator who has passed a marketing related test with flying colors may be utterly incompetent as a medical translator, and he/she might have failed the test had they taken a medical translation test in the first place. To cut the long story short, one size doesn’t fit all when it comes to various areas of specialization.

This is the most frequently raised argument by translators against test translations. I can personally attest to the veracity of this argument as I have been contacted in the past by a few Asian translation agencies that ostensibly asked for a test translation, but actually took advantage of my work.

Be it a test piece evaluated by a translator whose judgment is clouded by the fear of losing potential jobs to a newcomer, or a scamming agency looking to get free work done under the pretense of an unpaid test translation, the end result is always the same: waste of time and effort, frustration at the blatant injustice and a sense of impotence at the inability to raise objection.

There are certainly more effective ways of measuring a translator’s ability and skills without having to rely on another translator’s (biased) opinion. These include demonstrable evidence of one’s competence as a translator such as a resume, reference letters obtained from other agencies, professional credentials granted by translation industry organizations, referees who can be contacted via email or telephone, sample translations from previously done and approved works, testimonials or feedback provided by clients, in short any demonstrable and easily verifiable documentation that can help the agency form its own opinion about the translator’s skills and competence.

When Should a Test Translation be Required and by Whom?

While test translations have been described thus far as a useless method of evaluating a translator’s competence, it should be noted that this is not always the case and the discussion so far has been limited to the translation agencies only.

Test translations can be a very useful and essential measurement tool when used by a direct client (through an agency) and when test pieces are actually evaluated by the client themselves. As it is ultimately the client who will determine the required style, terminology and tone of a given translation project, it is essential that the client choose the right translator for the job as a result of a thorough due diligence process where test translation plays a vital role.