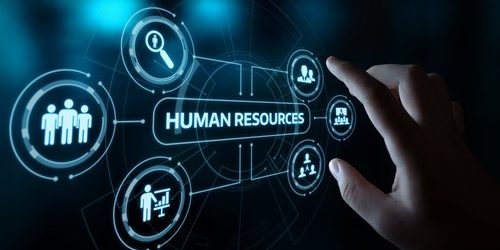 As a field of translation, Human Resources (HR) usually falls under the category of Legal Translation. While in most business organizations the departments of Human Resources and Legal Affairs work closely together and share certain characteristics, there are, nevertheless, clear-cut differences between both departments in terms of their respective roles and responsibilities that set them apart and hence merit them their own separate units within an organization. A similar case can be made for HR translations and legal translations, where the scope of the former includes a range of different topics, but borrows a good deal of stylistic and terminological assets from the latter.

Having made this distinction between Human Resources translations and Legal translations, and emphasized the fact that the HR language borrows a good deal from legal terminology, it is important to note that the HR texts have a distinct style of their own and unlike legal literature they occasionally require the use of both formal (as in legal) and informal (as in marketing) language. This is usually most evident in corporate press releases and employee training modules, two examples of the most commonly translated HR-related texts.

Human Resources is all about corporate culture and communication. Traditionally the purview of HR includes employee affairs, such as personnel onboarding, employee training, codes of conduct and various other corporate guidelines that have been established by HR departments with a view to ensuring and inspiring integrity, responsibility and discipline within all levels of the workforce.

While international business, spearheaded by multinational corporations, increasingly extends beyond national boundaries and seeks to establish a consistently uniform corporate culture all over the world, it stops short of achieving this goal fully due to cultural and sociological differences among the countries where the business operations are run. For instance, the corporate culture of a globally known IT company will differ demonstrably in Turkey than in Germany, particularly in terms of day to day business practices at the local level.

In order to establish a coherent and uniform business practices in line with the company’s vision, mission and goals, most multinational corporations issue a set of guidelines, policies, SOPs, directives and codes of conduct through their HR departments. While the same project management, escalation mechanism, decision making process and policies apply to all branches of a multinational company the world over, there may be slight variations in their adoption and application in different countries due to geographical, cultural and strategic considerations. It is such considerations and nuances that make HR translations highly challenging and have a significant bearing on a global brand’s reception and reputation in a given country.

Things to Consider While Translating and Localizing HR Texts into Turkish

While the job titles of most of the senior personnel in English can be found in Turkish, there are some key positions such as “Chief Executive Officer” (CEO), “Chief Financial Officer” (CFO), “Management Board”, “Executive Chairman” etc. which still cause a great deal of confusion and do not seem to have a fully agreed-upon translation in Turkish. For instance the term “Management Board” could be translated into Turkish as both “Yönetim Kurulu” (“Board of Directors”) and “İcra Kurulu” (“Board of Executives”), two seemingly different bodies, and thus give rise to confusion. For this reason, it is important that the key roles and positions are translated into Turkish correctly based on extensive research and in the context meant by the company in question – for instance, despite the flawless English used, the texts composed by Europeans tend to be informed by the meanings attributed in their respective languages (be it Dutch or French) and thus could create a bit of confusion.

Although the kind of style used in HR texts varies greatly from company to company, and from industry to industry, it is no great surprise to come cross playful and gimmicky language, particularly in employee training texts and press releases. Translating such texts into Turkish can be highly challenging and requires a good deal of skill and tact.

Traditionally speaking, Turkish corporate culture tends to be more on the serious side, and thus it would be wise to keep the tone more businesslike and formal unless instructed otherwise by the client. Since it is highly difficult and, at times, almost impossible to translate English puns and wordplay properly into Turkish, it would be a safer bet to employ an impersonal style while allowing a moderate degree of joviality as reflected in the original text.

Since a large majority of the HR texts translated into Turkish will be published on the websites of globally reputable corporations, stylistic mistakes and funny translations will have costly consequences for the corporation’s image and reputation. Thus taking into consideration the cultural and local nuances, and making the text read as if it has been written by a local author rather than a forced translation of a foreign text is very important for the target audience which includes the workforce of the company in question as well as the society at large.

At Turkolocal, we provide first class Human Resources and Legal Turkish Translation services. We craft sentences as a result of painstaking online research, thorough examination of the corporation’s culture, mission, and the industry in which it operates while taking into account the local nuances and considerations to provide a well-balanced end product. We take pride in our HR translation works, a large majority of which are currently available online, being displayed on the web pages of world-renowned multinational companies and organizations operating in various industries including IT, Chemistry, Energy, Logistics, Catering and Hospitality.