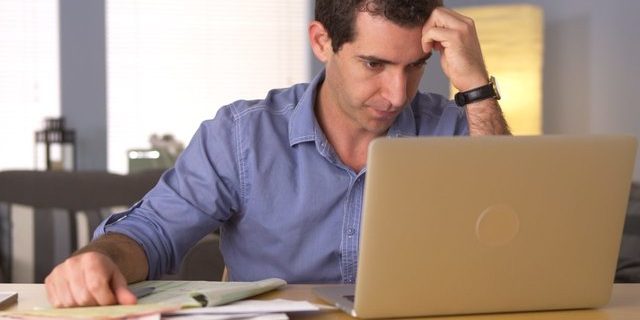 If you’re a professional translator translating from English you should expect more than half of the texts you receive for translation to be written by non-native English speakers. This is especially true if you’re working as an in-house translator in a country like Turkey or as a freelance translator for European translation agencies. It is also not surprising to receive such texts from North American, Australian or British translation agencies where you naturally expect any source text coming from such locations to be written by the native speakers of those countries and already start thinking of ways to tackle the local nuances of American, Australian or British English before being puzzled by a text that seems to have been written by a person whose level of English is even lower than yours.

With very few exceptions, most European translation agencies require you to translate only into your native language. While there is no established rule that forbids you from translating from your native language into English, the practice is mostly frowned upon and it doesn’t make a whole lot of business sense considering the grueling and costly revision and proofreading process to deal with a text fraught with errors of all kinds when there are thousands of native English speaking translators available worldwide for translating the said texts in the first place.

I have previously shared my thoughts on translating from one’s native language, and I generally subscribe to the idea that one must always translate into their native language. However, when it comes to less influential languages such as Turkish (in comparison to major languages like German, French, Spanish, Portuguese etc.), where there are a precious few native English speakers, with certain areas of expertise, who can translate from Turkish into English, I believe that a certain degree of compromise should be allowed.

Imagine that you’re assigned a technical translation task by a reputable translation agency. It’s a user manual and bears the title of a major Dutch electronics manufacturer. At first the style and the language give you the impression that the text is written by a native English speaker and you make good progress translating it without even having to look up the dictionary. But soon you start noticing the oddities in the text and see that some of the sentences don’t make any sense at all and, worse still, they simply cannot be translated into Turkish, or your target language, in any meaningful way. To cut a long story short, you get stuck in the middle of the translation process and experience what may be called a ‘translator’s block’.

Every translator in the world (perhaps with the exception of native English speakers) must have had an experience like this at some point in their career. While most translation agencies strongly discourage translating into source language (English), more than half of the texts they assign to their translators contain some of form of broken English. There can only be two logical explanations for such texts: (i) they are either composed by non-native English speakers (to turn back to the example in the above paragraph, the Dutch company might have instructed its own people to compose a user manual in English as well as in Dutch), or (ii) they are translated into English by non-native English speakers (to further speculate based on the above example, the Dutch company might have contracted a Dutch translation agency to have its user manual translated into English by a Dutch translator, in which case the Dutch translation agency would have committed a grave sin by violating the unspoken ‘native tongue rule’).

Whatever the case may be, the translator having to translate such a text has their work cut out for them. Although, owing to the linguistic similarities, a Dutch author/translator will likely use better English as compared to a Chinese or Bulgarian colleague attempting a similar task, but in the end (and the present article could prove a case in point) a text written/translated by a non-native English speaker will stick out like a sore thumb and cause all kinds of problems during the translation process irrespective of the linguistic proficiency of the original author/translator.

If you’re in the translation business for more than five years, then you should be dealing with such texts on a regular basis. While trying to understand the sentences formed by a non-native English speaker with meanings attributed to the words in their original language may be extremely frustrating at first, it gradually becomes a valuable and indispensable skill for a professional translator over a certain period of time.

1) Ask for Reference Material in the Original Language

In such cases, it is always helpful to request reference material and, more importantly, the original document that was translated into English. As mentioned before, MT has come a long way in the last few years as far as major European languages are concerned, and it provides immense help in such situations. I’ve often found that the Google translation of an original text (composed in a different language) made better sense than its English version, which I receive for translation in the first place. In this respect, MT or Google translation is a great tool for a translator dealing with a badly written English text.

By the very nature of their job, translators are inclined (or rather compelled) to do extensive online research. In my experience, I invest a lot more time and effort into online search when I’m dealing with a badly written text. Since I’m unable to decipher the meanings attributed to the words and expressions in the author’s/original translator’s original language, I try to find resources related to the subject matter that are written in better English. To get back to the example of the Dutch company, one would be wise to find that company’s British or Australian affiliates’ websites and search the keywords or even swaths of texts through such websites. In short, the internet is a great resource and you’d be surprised with what you can find if you make your search in a purposeful way.

4) Check out Translators’ Forums and Websites

Lastly, translators’ websites such as Proz.com are a useful resource in getting help or making your search. Proz.com has a great tool called Kudoz questions section, where translators having difficulty translating or understanding certain terms seek help from their colleagues. While not every chosen answer there can be taken as an infallible truth, and sometimes they can be misleading or simply wrong, but more of than not they provide useful clues about the terms you’re struggling with. I find this tool particularly useful in the case of badly written texts. When you can’t find a particular expression in the dictionary, you simply type it in the Google search box in quotation marks and add Kudoz Proz and you’ll likely to get a number of results in various language combinations, and even more number of suggestions by various translators. Machine translation of the suggested answers could often provide you with valuable insight and help you get better sense of the term or expression in the source language and thereby help you carry on with your translation.