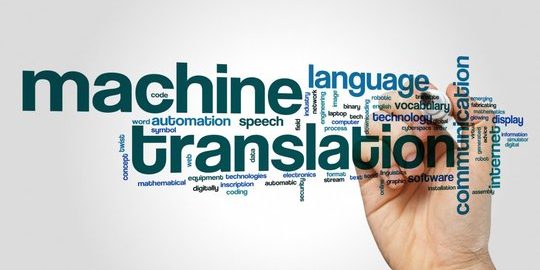 There is no denying that Artificial Intelligence has come a long way and transformed most industries, including the translation industry. Machine Translation (MT) has become, more or less, an integral part of the translation business with most cloud based CAT tools incorporating MT plug-ins to make use of AI. Unlike 5 or 6 years ago, you don’t often see Google Translate Fails making the rounds on social media these days, and you increasingly come to expect reliable translations from online translation tools.

Having said all this, then, can we assume there is no longer need for human translators and translation agencies? Of course, the answer to this question is ‘No’. While AI and MT have greatly helped the translation business in general and made life easier for most people who do not speak a second language, including English (just imagine how convenient it is to turn on the automatic translation in Chrome and have every single page translated into your language and get the gist of what is being said), it would be a huge mistake to claim that it has dispensed with the need for human translation and localization services.

Translation is all about conveying the message in the source language to the target language with the closest interpretation possible, and this often involves recreating the message in the target language taking into account the local nuances and subtleties. This is where human touch comes into play and Machine Translation fails to deliver. There are some areas of translation, such as marketing, medicine, law etc. that leave no room for error resulting either from machine or human translation. For instance, you cannot rely on MT, no matter how advanced it has become over the years, for translating a fashion product catalog that will be published all over the world. You simply cannot take that risk. Again, it would be extremely foolish of you to Google Translate a significant legal contract that has potential consequences for your business.

Machine Translation becomes handy and delivers rather impressive results in the case of technical translations, but then again you will almost always need an expert human translator specializing in the subject to go over the text, fix the errors and make the text seem as though it has been written by a human. This dependency on humans even in the most MT friendly field of translation alone proves that MT is not out there to destroy the translation industry, at least for a foreseeable future.

There is no doubt that MT will slowly but surely get to that point where it may be deemed on par with human translation over the next decades. As a translator, I am thoroughly impressed each time I turn on automatic translation in Chrome to read a Dutch or German text in English and see a pretty well composed article in the target language. In such cases, I put myself in the shoes of a Dutch translator and can’t help but wonder what they’re thinking of this outcome.

They must have legitimate concerns about the future of their profession as most online MT tools, including Google Translate almost exclusively target the major European languages like English, German, French, Spanish, Portuguese, Italian and Dutch (even though it is only spoken by around 23 Million people worldwide). These languages make up the bulk of the translation industry, and thus it is little wonder that the resources are spent on facilitating the most accurate algorithms to get better MT results in the said languages. Sadly (or should I say thankfully?) the same degree of care and diligence is not invested in not so in demand languages like Turkish.

Although PEMT is intended for all languages and gaining popularity among most translation agencies, it is primarily aimed at less in demand languages like Turkish. The idea is to make a terrible TM-translated text presentable by having it proofread or edited by an expert translator at a lesser cost. While this approach makes sense from the translation agency’s point of view, it is often more trouble than it’s worth for the linguists trying to render the text intelligible especially when the language doesn’t lend itself so easily to MT as in the case of Turkish. As a result, the translator is forced to translate most sentences from scratch and spend the same amount of time and effort as he/she does when translating a text at their regular per word translation rate. This makes PEMT less desirable for translators and most tend to shy away from such jobs unless they are desperate for cash.

As emphasized throughout this article, MT has come a long way and brought many benefits to the translation industry. However, it is safe say that MT has not as of yet mastered the intricacies and subtleties of human translation and thus PEMPT has been introduced to improve the end results. PEMPT proves highly impractical for translators when it comes to languages like Turkish, Georgian and other languages on which the multi-billion dollar AI industry has not really focused. A client looking for a decent translation of an English text into such a syntactically and culturally different language as Turkish will have no choice but to rely on an expert Turkish translator specializing in the subject and well versed in the cultural nuances of both the source and target languages rather than taking their chances with Machine Translation.