Five Public Offices in Turkey where You Need a Sworn Translator 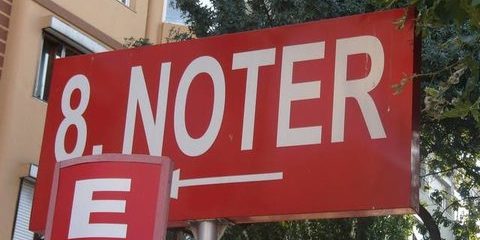 Five Public Offices in Turkey where You Need a Sworn Translator

As a foreigner living and working in Turkey you can get by reasonably well using your English. While you cannot expect Turkish people to speak English as good as Scandinavian or Dutch people, you can at least make yourself understood with the help of a few Turkish words that you have learned along the way. What’s more, adding those funnily pronounced Turkish words will endear you to your interlocutor since Turks tend to be flattered by foreigners who appear to make an effort to learn their language.

You may have also a personal friend who is fluent in Turkish and willing to help you out with everyday tasks such as shopping, visiting a doctor, going to the bank etc. You can even hire an interpreter for yourself and overcome the language barrier that way. A Turkish interpreter, hired on an hourly or daily basis, can help you with most tasks including getting a Tax ID Number for yourself or your company, but he/she cannot be of help to you in certain public offices where you need to have a sworn/certified interpreter present.

This article talks about 5 public offices where you need to use the services of a sworn Turkish interpreter. The list below is by no means exhaustive; it is possible that you may be required to hire a sworn translator in your dealings with other public or governmental authorities as well. However, the public offices listed below are the ones that are frequently visited by foreigners and require the credentials of a sworn translator.

The Provincial Directorate of Migration Management Office is the official agency that issues residence permits and deals with citizenship procedures in Turkey. Foreigners looking to extend their stay in Turkey or apply for Turkish citizenship are likely to deal with this government agency. While nowadays most procedures are carried out online using Republic of Turkey’s e-government services, it is nevertheless sometimes necessary for foreigners to meet face-to-face with agency officials, especially when they are invited for an interview. In interviews, foreigners are required to have a sworn translator at present by law, and it’s sufficient for the sworn translator to hold only a Sworn Translator’s Certificate issued by a Notary Public.

By law, foreigners marrying Turkish nationals should have a sworn translator present at the marriage ceremony. Marriage ceremonies are conducted at the office of the registrar of civil marriages and a sworn translator holding a Sworn Translator’s Certificate issued by a Notary Public located in the same county as the Marriage Registry Office will suffice for the performance of such procedures.

At Turkolocal we have at your disposal a team of qualified sworn notary and court translators with right governmental credentials. We can send you the right interpreter based on our expert knowledge and your specific requirements. Feel free to contact us via email.