Turkish Interpreting Services When Buying a Property in Turkey 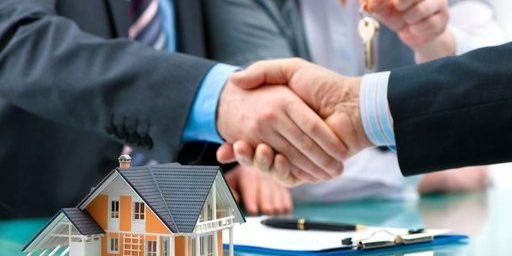 Turkish Interpreting Services When Buying a Property in Turkey

Buying a property in Turkey can be a lucrative and smart investment. While Turkey is not in the European Union and do not have a sizable expat community like that of in Spain, Portugal and France, it has several advantages that makes it an ideal place for foreigners to settle and retire.

First of all, Turkey is a geographically beautiful country. It boasts long sandy beaches on the north eastern coast of the Mediterranean Sea with agreeable Mediterranean climate all year round, and an exotically appealing and partly undisturbed green shoreline on the Black Sea. In some parts of Turkey one can have a swim and enjoy skiing literally within the same day. So, by default, natural beauties and nice climate are on the plus side of Turkey.

Second reason for considering buying a property in Turkey is the current situation of the Turkish Lira. Turkey is currently going through an economic crisis and the Turkish currency has slid considerably against EURO and USD over the last two years. This, in turn, put a dent in property prices and construction sector in general. In short, a reasonably luxurious villa on the southern coast of Turkey can be bought for 40 to 50 thousand EUR these days. One simply couldn’t imagine buying a house like that at such prices in Spain or Portugal.

While the economic situation in Turkey may not look good at the moment, it doesn’t mean that it will go on like this forever. Up until 2017 Turkey was one of the fastest growing economies in the world, and despite the current recession it has the potential grow owing to its strategic geographical location and its commercial ties with European Union and Asian countries. Turkish Foreign Office appears to be optimistic about the country’s economic projections.

Turkey is a major tourist country and it is one of the sectors that still continues to thrive despite the country’s current economic outlook. From this perspective, buying a property now in one of Turkey’s tourist hotspots can be an excellent investment. Buying a property in Turkey also brings the added advantage of getting an indefinite residence permit and Turkish citizenship. Turkish banking and taxation regimes may have further advantages in comparison to EU and Great Britain, so this is also something to consider for individuals moving their assets through borders.

Things to watch out when buying a property in Turkey

Over the last decade, Turkish government has made it easier for foreigners to buy property in Turkey. There used to be strict conditions and bureaucratic hurdles for foreigners such as getting military clearance and prohibition to buy properties located in a certain distance from military zones. The laws have changed and a majority of such protocols have been abolished. However, there are still certain restrictions for foreign nationals who want to buy a property in Turkey:

Translation Services When Buying a Property in Turkey

Once the translation and paperwork phase is completed, you should meet the seller at the land registry office to make the purchase and have the property registered to your name. Here, you need a sworn court translator who has the credentials accredited by the Turkish Ministry of Justice. Up until 2013, any sworn translator, holding a Sworn Translator’s Certificate issued by a Notary Public, could interpret for foreign nationals at land registry offices, but following a change of law in 2013, only sworn court translators are allowed to provide translation and interpreting services at land registry offices and at a few other public offices.

For this reason, you are well advised to check the credentials of the sworn Turkish translator before going to the land registry office (you can do that by checking this list) to save unnecessary delays and expenses. At Turkolocal, we have seasoned and expert interpreters that possess both Notarial and Ministerial credentials at your service. We’d be delighted to answer your queries regarding translation and bureaucratic procedures when buying a property in Turkey.