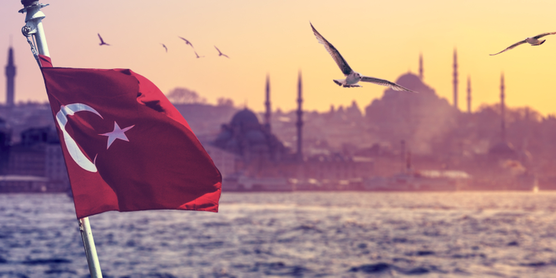 As a foreigner living or working in Turkey, you may have to require the services of a Turkish to English Interpreter at some point. While you can manage most of your day to day affairs easily enough by speaking English – that is assuming you’re living in a major city and dealing with the people based in the business district of that major city -, you will soon discover that not every Turkish citizen, especially those who are in charge of administrative and judicial roles, as fluent in English as the Dutch or the Swedish are, and even if you are able to manage your personal transactions before local authorities using Turkish, you’re by law required to have a sworn/certified translator present while dealing with official authorities.

Where Do You Need A Turkish Interpreter?

The short answer to this question is any administrative agency where you have to conduct an official business such as applying for a residence permit at the Administrative Office for Foreigners or having a certificate legalized at a Notary Public. However, there are some exceptions where you, as a foreigner, can manage your own affairs without requiring the services of a Turkish interpreter as per the law – such as going to a tax office to pay for a stamp duty for your lease contact. But, nevertheless, in order to have your lease contract certified at a Notary Public you will have to have a Turkish to English translator present even if you know the contents of the document backward and forward.

Most foreigners living and working in Turkey will have to visit Notary Offices for various reasons and thus require the services of a Turkish interpreter. Notary Offices in Turkey do not employ in-house Sworn Translators as part of their workforce, so do not go to a Notary Office with the expectation of a readily available interpreter for you.

Turkish Notary Offices usually tend to work with Translation Agencies that are located in their vicinity and with which they have a patronage type of relationship. So when you step into a Notary Office and describe the kind of transaction you have in mind, you will be directed to a translation agency of their choice for having your documents translated into Turkish by a sworn translator, who will later accompany you to the Notary Office to interpret the documents issued by the Notary Public.

Things to Watch Out For at a Turkish Notary Office

While, by law, you are required to have a Turkish interpreter present who will translate and interpret exclusively from your native tongue, most Notary Offices tend to turn a blind eye to this requirement for convenience’s sake and allow a sworn Turkish to English translator to do the interpreting for foreign nationals. While most people in Turkey regard English as the default lingua franca and assume almost every foreigner to communicate in English, it is very important that you are actually literate in that particular language.

As a personal anecdote, I once did an interpreting job for a Dutch national who was looking to have a POA issued for a Turkish captain to operate his boat. The Notary Public was at first insistent on having a Turkish to Dutch translator brought in, but he eventually gave up on the idea and agreed on a Turkish to English translator to do the job due to the sheer impossibility of finding a Dutch translator within the immediate area and business hours. The Dutch person was speaking English fluently as you would expect from a Northern European, but it soon turned out that he wasn’t able to read and write in English. The long story short, the Notary Public did not allow the transaction to go through and the Dutch boat owner ended up paying for notarial charges and translator’s fee and got nothing in the end. So make sure you are able to write a short sentence in English where you state your understanding of the contents that have been communicated to you via the interpreter.

Turkish Notary Offices are also highly expensive places and they usually tend to thrive on hapless foreigners who don’t have the first idea as to the required length of an official document. As an in-house translator, I have witnessed many a foreigner get charged a lot more than what was necessary for their purposes, and I have done my best to help my clients save their hard earned cash and complete their business without getting ripped off unnecessarily.

While having a Sworn Translator’s Certificate, issued by a Notary Office, is enough for sworn Turkish interpreters to provide official interpreting services at most governmental agencies, a law passed in 2013 has made it mandatory that sworn translators be accredited by the Turkish Ministry of Justice to perform interpreting services at courts and land registry offices.

Therefore, in order to become a court interpreter in Turkey, you have to submit your credentials to the Ministry of Justice and get sworn in as a sworn court translator. Once you are duly accredited and entered into the database of the Ministry of Justice, you can provide interpreting services at land registry offices where foreigners seeking to buy a property in Turkey are required to have present during the sales transaction irrespective of whether or not they are able to communicate in Turkish.

Having been accredited by the Turkish Ministry of Justice and holding Sworn Translator’s Certificates issued by a number of Notary Offices located in Istanbul, Turkey, I am able to assist you with your official translation and interpreting requests. Please kindly contact me through here and let me help you with your queries.