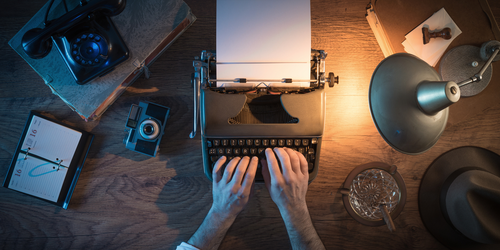 Style plays as significant a role in translation as it does in writing an essay in any language. It directly affects the quality of a translation, and more often than not bad translations are the products of poor stylistic preferences that are inconsistent with the context and subject matter than they are of mistranslations, or linguistic or grammatical errors.

In this post I will briefly touch on some of the important stylistic considerations based on my experience as a translator. I believe most of what I am about to write should be commonsensical enough to most seasoned translators working in any language pair. So without further ado, let’s jump into the subject.

Essentially, translation is communicating the meaning in one language to another language in writing. This is the bare bones of the process, but we all know that it is more complicated than that. Probably the most accurate definition of translation can be made as follows: conveying the message in the source language to the target language with the closest interpretation possible. This involves recreating the message in another language by providing a faithful translation of the source text. This is where style comes into play and where the intellectual and creative skills of the translator are called for.

How Do You Determine the Style?

While there are a number of considerations at work, it is usually the context that determines the kind of style you employ. If you are dealing with a legal text stipulating terms and conditions, it is imperative that you use a formal and impersonal language that involves modalities such as “shall” and “may not” rather than “will” and “cannot” (one of the most common stylistic mistakes made by Turkish translators in this respect is translating modalities such as “shall” strictly in the future tense in Turkish, ignoring its meaning in legal documents as “imposition of duty on a specific party”).

Similarly, if you are dealing with a technical text that happens to be a user guide or an IT related document, it is important that you keep your sentences as simple as possible and do not use plural formal second-person pronouns such as “vous” in French, or “siz” in Turkish. Translating instructions as you would in a formal court petition will also sound strange and out of place.

Things get trickier when the subject matter is marketing, gaming or even corporate newsletters. Here context is as important as the client’s requirements and the intended audience. For instance, while you may be inclined to think that you are supposed to employ a more formal style in a corporate communication or promotional material, you may be expected to provide a bit of informal language or play of words, and, sometimes, provide a mixture of both formal and informal language.

In a similar vein, you are expected to use a totally different language when you are translating a gaming material, taking into account the cultural and linguistic preferences of a certain age group or subculture. In both instances, however, you are usually informed about the stylistic considerations preferred by the client.

According to Wikipedia, Transcreation “…refers to the process of adapting a message from one language to another, while maintaining its intent, style, tone, and context. A successfully transcreated message evokes the same emotions and carries the same implications in the target language as it does in the source language.”

While this definition brings to mind the concept of localization and translation (in the sense of ‘conveying the message in the source language to the target language with the closest interpretation possible’), it goes way beyond the process and the discipline of translation and requires a totally different set of skills. A person engaging in translation and transcreation projects should also be a creative writer, and that, in itself, is a highly valued and sought after skill/talent. So not all translators can handle translation projects that require transcreation and creative writing skills, and neither should they be expected to do so.

While a translator should be well aware of his/her skills and capabilities and work primarily within his/her areas of specialization, it is ultimately the end client’s responsibility to provide clear instructions and choose translators that specialize in transcreation projects. Having witnessed, while working as a translation coordinator, a few of translation projects that were rejected by clients on the grounds of style issues (which invariably involved fashion and marketing texts), I strongly believe that the clients should be more aware of the distinction between translation and transcreation and share their stylistic concerns and considerations with the translator before starting a project in order to avoid potential issues.